I needed to get back into this walking and pubs lark – where better than to head to old Peak District haunts. The plan was to saunter round the White Peak with a lunchtime pub stop, but as increasingly is the case, Monday wasn’t a good day. A quick bit of interwebbing showed six decent pubs around Youlgrave all closed on Monday lunchtime.

Grudgingly I accepted it might have to be Greene King at the Farmer’s Boy but I was saved, yet another pub website with the wrong opening hours, it was closed as well. For some basic country pubs it strikes me that fancy websites that they struggle to maintain come a poor second to running a Facebook page with simple info on beers, food and opening hours.

Thankfully the Lathkil Hotel at Over Haddon was open and the walk was on. We gathered outside the YHA in the old Co-op in Youlgrave. (As the rooms are named after old Co-op departments I hear you can bed down in Ladies Underwear.) Lovely weather as we headed down to the River Bradford. Heron, Kingfisher and limestone cliffs – it was going to a good walk. As we moved past the rare breed sheep at Alport, they seemed to look mournfully at the signs advertising their demise for £90 a hogget. 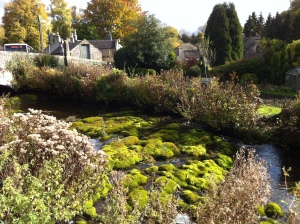 Onwards along the old trout beds of the Lathkill, walking past fully-laden DofE youngsters trudging on cheerfully. How about a DofE award for seniors involving beer knowledge and grumbling? We passed the site of the medieval village of Conksbury and crossed to the other bank watching Dippers racing atop the water.

Up the track into Over Haddon and time to reacquaint ourselves with the Lathkil. I’d not been in for a few years but it’s still owned by the same family and like every good country pub it felt like finding a pair of old slippers. As comfortable as ever – good food and like many places round here an excellent choice of beers including brews from Hartington, Blue Monkey and Springhead. The Springhead Bitter was a classic walking bitter – almost rehydrating don’t you know. I’d never heard of them, despite their pedigree of 25 years of brewing.

Refuelled we went back down to the river and headed westwards to meet Cales Dale and a stiff climb up the Limestone Way on to sheep fields. It had been the perfect White Peak walk – dales, stiles through drystone walls, a welcoming pub and I’d lied about the distance. We followed our noses back down to Youlgrave and scuttled off to Dale End for home-made cakes. Not a distance to deserve cake but enjoyed nonetheless.

Next day we went north to Little Hayfield and went up and over Lantern Pike. Again it was a lunchtime punctuated by pubs advertising open when they were closed so we pressed on into New Mills with two difficult filters on the pub selection. We didn’t want Robinsons (sorry Mudgie) and it had to be open. Not easy this close to Stockport. 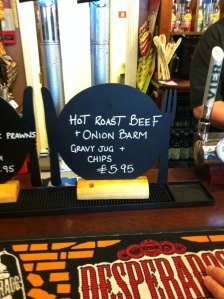 Running low on hope we shuffled into the Pride of the Peak. With Spitfire and Timothy Taylor on offer we weren’t thrilled. (Stonch’s recent post on TT Landlord goes some way to explain my aversion to the beer outside Yorkshire.) Anyway this was the last saloon in town and it was TT Golden Best so we gave it a go. Wonderful pint from a friendly landlord. He topped the beer quality by suggesting that as they’d stopped serving food why didn’t we get pies from the bakery over the road and bring them back. Top man. I’m all for #murkshaming but it’s also worth letting a bloke when his beer is top notch – he seemed quite pleased that I’d had the best pint of TT outside Yorkshire.

A quick bus ride back to Little Hayfield, more cake and then to the food-centred Lamb Inn at Chinley. A really good pub at what it does and a fine pint of Wren’s Nest Bitter from Glossop’s Howard Town brewery. Sometimes difficult to find an open pub but the chances of a decent pint seem to get better every year.